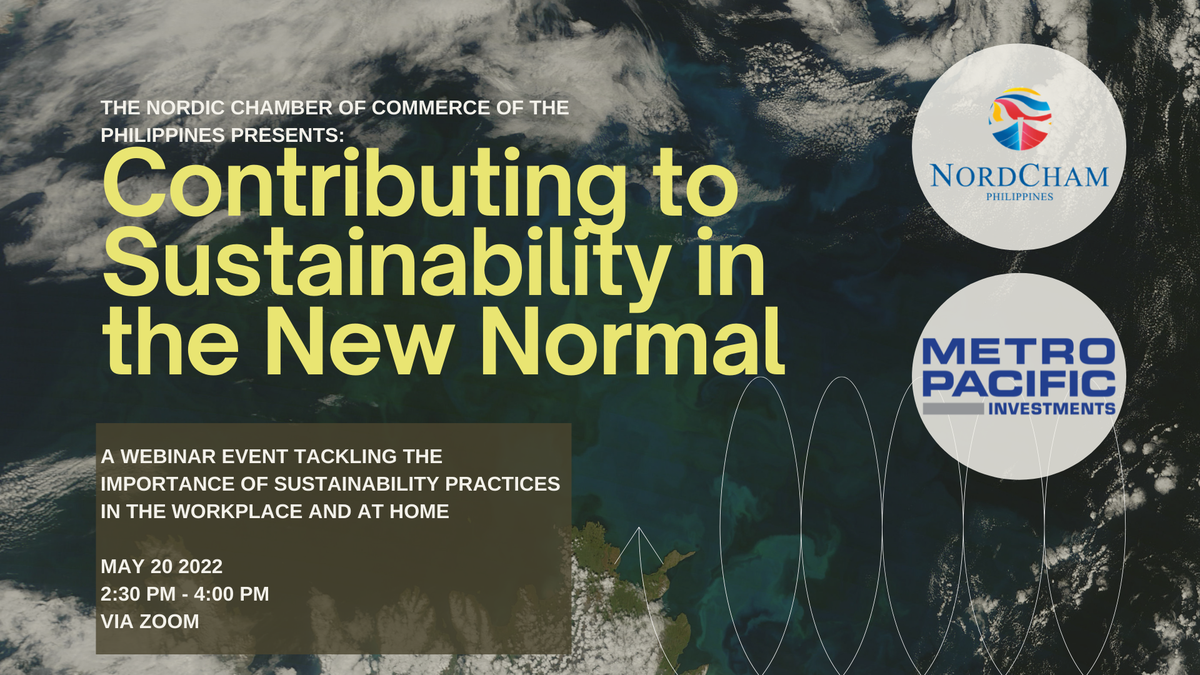 The Philippines has been on lockdown for 2 years now and the people are either used to or are getting used to the new normal.

Various modalities of work are used in today's new normal, such as the traditional on-site work. Online work from home, and hybrid work. Thus creating the importance of addressing how we can continuously contribute to sustainability not only in the traditional workplace but also with the people working from their own homes.

We invite you to sign up for our webinar that discusses this matter. Ms. Chaye Cabal-Revilla, Chief Finance, Risk, and Sustainability Officer of Metro Pacific Investments Corporation (MPIC) will share her insights and expertise on how we can continuously contribute to Sustainability in the new normal.

The event is free and will be conducted via zoom. It is open to Nordcham business partners, friends, and everyone that might be interested or would benefit from this event. 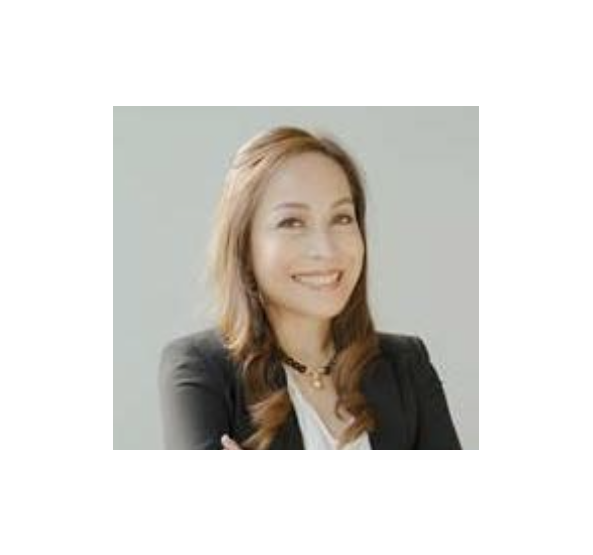 Chaye is an Executive Director and the Chief Finance, Risk, and Sustainability Officer of Metro Pacific Investments Corporation (MPIC). She has over 20 years of extensive experience in telecommunications, manufacturing, retailing, and non-stock non-profit organizations.

Prior to joining MPIC, she held various executive leadership positions at the PLDT Group, the Philippines' largest fully integrated company. She was Senior Vice President & Controller of PLDT, CFO of Smart Communications, CFO and Treasurer of PLDT-Smart Foundation, and the first Chief Sustainability Officer of the PLDT Group.

She is an Appointed Member of the Financial Reporting Standards Council of the Philippines, the accounting standards-setter in the country.

Chaye is the Founding Chair of Gabay Guro, the Philippines' biggest education advocacy program since 2007.

She was an awardee of the Ten Outstanding Young Men (TOYM) in 2013 and the incumbent President of TOYM Foundation.

She received various recognitions and awards for her sterling achievements and advocacies, including several CFO of the Year Awards. She was conferred a Triple A Award from the Asian Institute of Management, the highest recognition given by the institution to its outstanding alumni.

She is a Certified Public Accountant, with a Bachelor of Science degree in Accountancy from the De La Salle University and a Master of Business Management degree from AIM. She attended the Stanford Executive Program of the Stanford Graduate School of Business in California, USA.

Chaye is married to Deputy Speaker Hon. Strike Revilla and mother to her precious Rob and Chayeli.