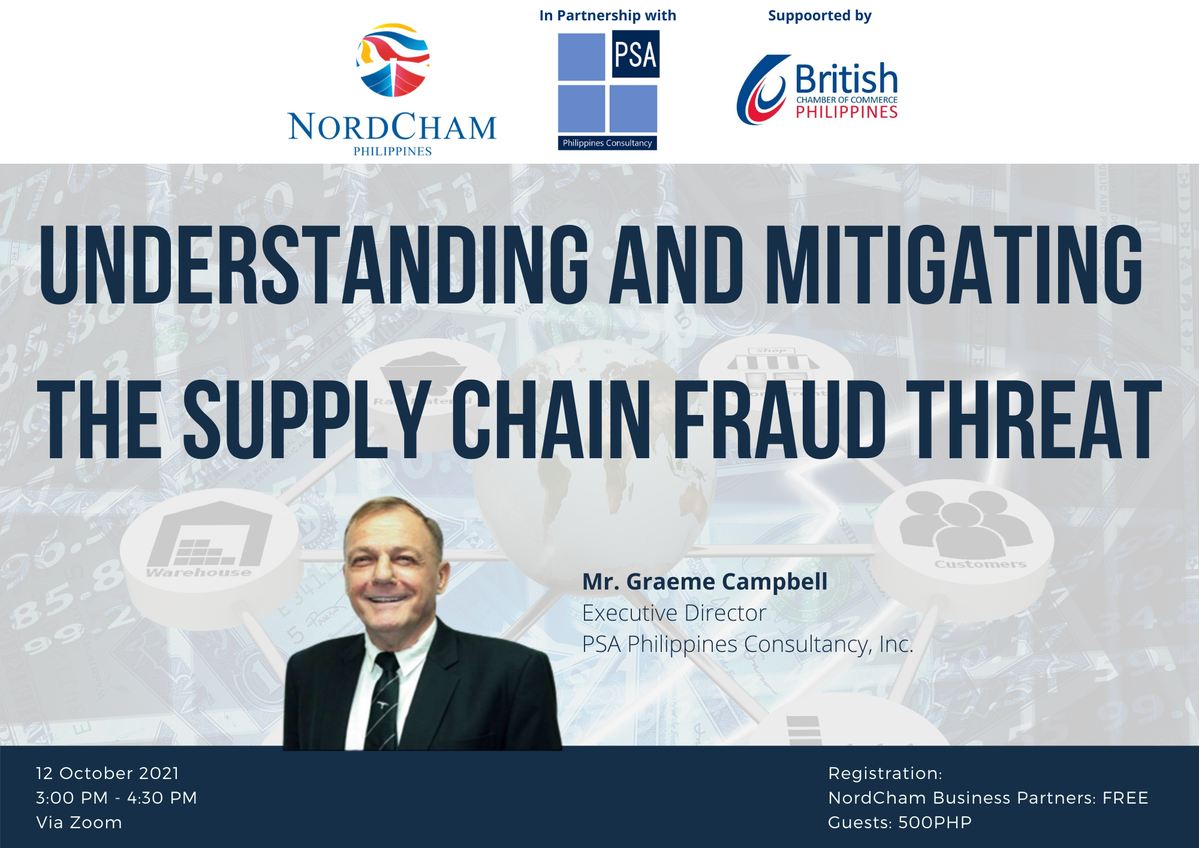 Supply chains have become complex, and it is no surprise that supply chain fraud has become an even bigger threat to organizations in various industries.

Supply chains in areas or jurisdictions that are less forceful in enforcement, monitoring, and even prosecution are especially vulnerable. Different business policies, codes of ethics, and systems used can become breeding grounds for fraud. The impact of such fraud can be detrimental for any organization.

NordCham Philippines Advisory Business Partner, PSA Philippines Consultancy, Inc's Executive Director, Mr. Graeme Campbell, will join us on 12 October 2021 towalk us through the methods and means that fraudsters employ, ways in which organizations unnecessarily leave themselves vulnerable, and how these vulnerabilities can be identified and addressed effectively (and affordably).

Graeme Campbell has 50 years' experience as a security practitioner in both the public and private-sectors.

Graeme's private practice has seen him serve in both operational and management roles across Europe, the Middle East, Africa, and Asia.

He has spent nearly three decades in the Philippines, initially being flown in as part of the Marcopper disaster response team. Since then, he has played a key role in many high-stakes investigations and crisis situations and previously served as Regional Director for Armor Group Asia Pacific and Country Manager for Control Risks Group (CRG) Philippines.

We help our clients minimize the risks and maximize the benefits of doing business in the Philippines – an operational environment with many opportunities but often challenged by security threats and lax rule of law.

Our team has extensive experience in the region, with professional backgrounds in government intelligence and military special operations, corporate security, economics, politics, and management consulting.

Our clients include foreign embassies and missions, international and developmental organizations and MNCs and local conglomerates from every major national industry.

Payment must be made before the event or your registration will be canceled.